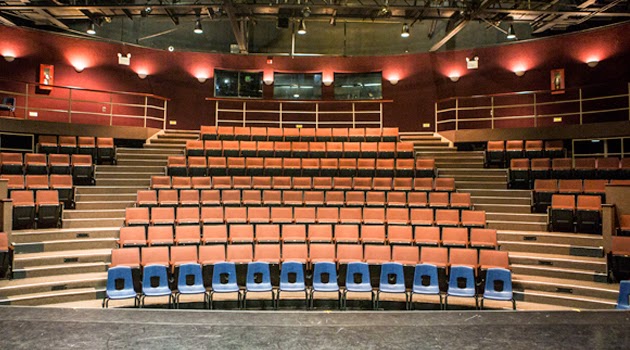 Earlier this year, ETC unveiled the 2014 Theater program, which allows venues to upgrade their existing ETC lighting systems without the need for a costly retrofit. The University of North Carolina School of the Arts (UNCSA) was one of the first to participate in the program, getting updated ETC dimming systems for several of their theaters.
When Shawn Harmon of ETC dealer Barbizon Lighting in Charlotte, North Carolina, learned of the 2014 Theater program, he began to reach out to customers who could benefit from the program. "I contacted Brent LaFever at the University of North Carolina School of the Arts about it in May," explains Harmon. "He informed me that the university had already considered upgrading a few of their systems, and that's when we knew this program would be a great fit."

UNCSA upgraded three of its seven on-campus venues. Patrons Theatre, a 100-seat performance space, and Watson Hall, a 300-seat hall used for chamber music performances and recitals, both got two ETC Sensor® dimmer racks . As part of the 2014 Theater project, the dimmers came with new warranties: "It's important for us to have access to the latest technology," Brent LaFever, director of campus performance facilities, says. "The five-year warranty was essential to us since shows are constantly running in both venues."

The Agnes de Mille Theatre, a 188-seat proscenium stage used primarily for opera and dance, was up next. "The systems in Patrons and Watson were purchased and installed when they opened in 2003, while de Mille was last upgraded in 2007. We had been looking to upgrade de Mille's system for some time, but we didn't have the funds for it," says LaFever. With the 2014 Theater installation, the hall received an upgraded version of their old CEM3 touring rack, which will allow for more flexibility in the space.

De Mille's new Sensor3 touring racks will also serve as a teaching tool, according to LaFever: "Every year we have 'Freshman Focus' where the students go up on all the catwalks and have access up to 288 circuits. This year, when the students came into the theater in August, they were pleasantly surprised to see the new dimming racks. It's another tool they can now learn to work with."

UNCSA offers students a wide variety of comprehensive undergraduate and graduate arts programs, as well as high school programs, in dance, drama, visual arts, music, filmmaking, and design and production. "UNCSA is a premier training program for many of today's artistic professionals," describes Harmon, who is also a UNCSA graduate. "It's like going to medical school or law school, but for the arts," elaborates LaFever. "We are an arts school; that's all we do, which means our venues are always busy." On average, any of UNCSA's seven on-campus venues see 200-350 performances -- most of which are run entirely by students -- during the nine-month-long school year. And now those students will have new technology to keep up with their busy schedule.