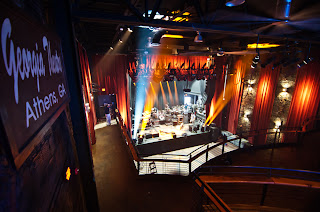 Barbizon proves once again that no matter the degree of destruction in a venue, providing an older facility with a new life and revitalized system integration is all in a day’s work.

For additional information about this project, please contact the systems division of the Barbizon Atlanta office at 404-681-5124.
Posted by Barbizon Lighting at Tuesday, August 20, 2013