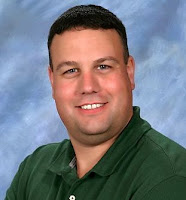 The Barbizon Lighting Company is pleased to announce that Mike Moore will be the new General Manager to lead the company’s Florida operations.   Moore will be responsible for the leadership of the Barbizon Miramar and Orlando offices.

Moore comes to Barbizon with 18 years of management and operations experience in the performing arts and ministry community and joins Barbizon following his responsibilities as Director of Operations at the First Congregational Church of Ossipee in New Hampshire.  He previously was the Director of Production and Operations at the North Shore Music Center in Beverly, MA.

“Barbizon is extremely happy to welcome Mike into our family,” remarked Barbizon’s President Jonathan Resnick, "Mike is joining the company at a very exciting time. We know that with his strong background and expertise, he’ll be a tremendous asset - not only to Barbizon Florida, but to Barbizon’s entire management team."

"Barbizon is a company I know and believe in, I was a dedicated customer for many years," Moore noted. "I look forward to working with this fine group of people to oversee the operations of the Florida offices. It’s nice to be in Florida and to be working for such a respected company that is doing such exciting work in the entertainment lighting industry."

Moore will be working out of Barbizon’s Miramar offices and can be reached at 954-919-6495 or emailed at mmoore@barbizon.com
Posted by Barbizon Lighting at Thursday, October 27, 2011