To Light Or Not To Light - That Is the Question.

Below is a reprint from this month's HD Video Pro Mag Misinformation column. In it editor Neil Matsumoto discusses why even with more and more sensitive cameras on the market, lighting is still important. 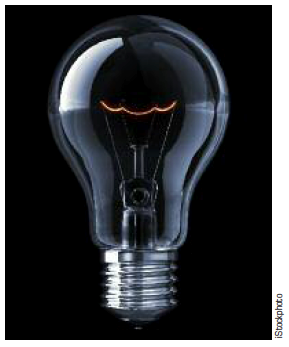 "Because of new HD technology like the RED Mysterium X sensor and HD DSLRs, cinematographers can shoot in low-light settings like never before. Just remember that lighting is still king, and a well-lit movie on a cheap camera will always look better than a poorly lit movie on an expensive one."


"As have cameras, lighting gear and techniques have changed throughout the history of moviemaking. In the silent days of cinema, cinematographers rolled extremely slow filmstocks on large hand-cranked movie cameras. To light interior scenes, the crew had to make do with gigantic arc lamps that took more than one person to move and could easily fry the talent if left focused on them for an extended period of time.

How things have changed. Filmmaker/photographer Vincent Laforet recently shot the short film Nocturne with the new Canon EOS-1D Mark IV, lit only by dingy sodium-vapor street lamps in downtown L.A. Laforet didn’t use a single external light source for the shoot, not even a flashlight. He set the ISO on his 1D Mark IV at 6400 ASA and was blown away by its image quality. For the indie feature The Girlfriend Experience, director/DP Steven Soderbergh lit the entire film with practicals and natural light. He claims to have used one “movie” light for a shot in which he wanted to give his actress an edge light, but now wishes he had “just let it go.”

Will shooting without “movie” lights be a new trend in Hollywood? Hmm, I doubt it, but one thing for sure is that with new HD technology like the RED Mysterium X sensor rated at 800 ASA, the ARRI ALEXA with its 13.5 stops of latitude and ISO settings in the 25,000 range for HD DSLRs, it’s getting to the point where today’s cameras can see in the dark better than the human eye. For filmmakers like Soderbergh and Michael Mann and cinematographers like Emmanuel Lubezki, ASC, AMC, and Jim Denault, ASC, obtaining a “natural”-light look is an aesthetic in itself. But let’s make one thing clear: Shooting in natural light and getting a natural-light look are two separate things. I once intervewed Denault for his work on Maria Full of Grace (2004) and made the observation that he made good use of available light to get a naturalistic look. He immediately corrected me and informed me that the light was available only because he “put it there” and that the natural-light look was appropriate for the story.

Recently, I caught the House episode in which the production team used Canon EOS 5D Mark IIs to capture the season finale of the show. The filmmakers revealed that one of the main reasons they selected the 5Ds was for their ability to shoot in low light (the majority of the episode was shot in a collapsed building). I was blown away by the look of the episode, but for me, what separated the look of the show from most of the work shot with HD DSLRs was the lighting, especially how faces were lit. Since House is a major network television show with primetime players, it’s essential that the actors’ faces be professionally lit so TV audiences can see their performances and, more importantly, their emotions. We also shouldn’t underestimate that the show is shot and lit by a professional camera, lighting and grip crew with probably more than a hundred years of experience under its belt.

The episode just further proves that a well-litmovie shot on an inexpensive consumer camera always will trump a shoddily litmovie shot on a Genesis or 35mm-film camera. Cinematography lighting is first and foremost a craft, but when applied to serve a great story, it’s one of the grandest art forms."