The NAB show floor opened this morning with a rush of people eager to see the latest and greatest in gear for broadcast and film (yes there is film stuff here too!) 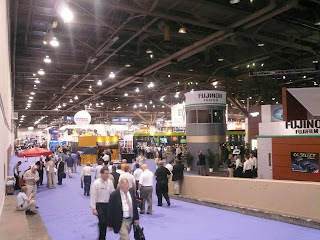 The Barbizon Booth was steadily busy once the people made their way to the back of the central hall. The John Gate's 10:30 and 2:30 as well as Jim Sippel's 12:30 and 4:30 presentations were well attended, and will be happening through Wednesday at the same times if you'd like to stop by. 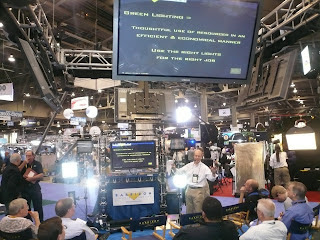 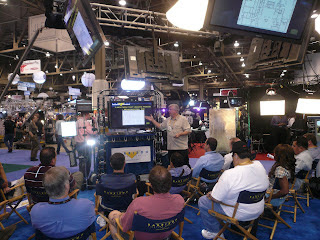 If the interesting thing seen day one..
Arri has a new line of fresnels called the T line that is tungsten and water resistant. More info forthcoming. 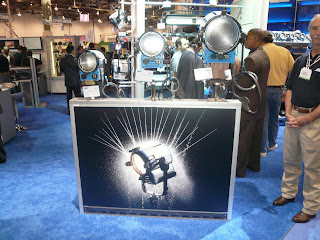 Kino Flo has a new fixture coming out soon based on the Element Labs LED array called the KELVIN TILE. it does daylight and tungsten and is a soft light.. It's pretty slick. 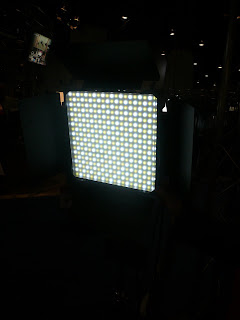 More news of new things tomorrow.. after we get the report back from all the Barbizon Crew who have been scouring the floor to find what are the next must-have items for Film, ENG, or EFP.
Posted by Barbizon Lighting at Tuesday, April 15, 2008