Electronic Theatre Controls announced two new fixtures for their portfolio on a recent live web event.
They've been quietly testing and previewing them behind closed doors for a while and they are finally ready to be released to the world.

First, the new Desire Fresnel takes the best of incandescent Fresnels and adds in a color-mixing LED engine. This classic fixture has been reimagined to bring you bright, beautiful light, cutting-edge technology, and a full 13–55 degree zoom. We reworked how the lens and lamp work together in Desire Fresnel, so the light you get is bright and efficient through the entire zoom range. Providing more lumens regardless of angle, this fixture is up to 25% more efficient than traditional Fresnel optical systems. Add in the Lustr X8 color system with deep red LEDs, City Theatrical’s wireless DMX Multiverse® technology, and an intuitive user interface, and we know this will become your new favorite fixture.
Desire Fresnel Features: 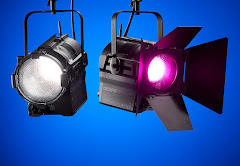 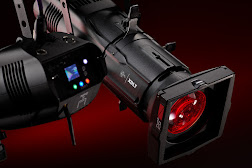 Next is the fixture many have been waiting for, the Source Four LED Series 3. Over a decade of research comes together in the Source Four LED Series 3 fixture. ETC brings the eight-color Lustr X8 array and the tunable white light Daylight HDR array to the professional stage with this fixture. The deep red LEDs in both arrays reveal richer skin tones, bring a deeper dimension to your scenery, and add warmth to sunsets and firelight. Additional features include wireless DMX/RDM through City Theatrical’s Multiverse® technology, contactless programming and control using NFC and ETC’s Set Light app, and an intuitive user interface featuring a color picker and action-responsive backlit encoders.
With the introduction of Source Four LED Series 3, comes the next generation of lens tubes. XDLT takes the Series 3 fixtures to a new level of brightness – especially when used from the farthest distances. Reduced light leak, improved pattern projection, and near-zero chromatic aberration make these lens tubes a must-have for the largest theatres.

XDLT Lens Features
Source Four S3 Engines are shipping now however some of the XDLT lens tubes will not start shipping until early summer 2021.  Check our pricing on the Barbizon website here
Desire Fresnels should start shipping in June 2021 and you can pre-order or get more information here.
Posted by Barbizon Lighting at Tuesday, March 30, 2021